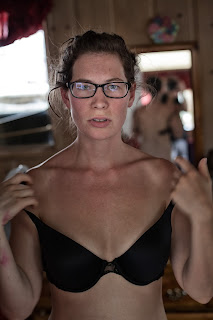 I imagine that this has to happen eventually.  It has been dragging for reasons obvious to me, but ones that I can't really share with you.  All obvious things; obvious things that we have to hide behind a pretty sheet of normalcy in order to "fit" into things the way we are supposed to. This has been a difficult transition for me.  As anyone who knows me can tell from my last blog, one that documented over five years of my evolution, I do not pull punches, and I sure as fuck do not candy coat anything. It would not have been possible to so successfully log a journey without documenting everything, especially the ugly stuff.  I don't get the luxury of ugly stuff anymore, as much as I find beauty in it, and a strange joy in writing about it, like my own little Gonzo-esqu interpretation of the absurdities that exist in this perpetually surreal landscape.  I have been absent.  I dare not.  Besides, I'm no Thompson.  That was a stupid reference.  That would require opportunities.  I'm still a nobody, stuck in a little mountain town.  I have been writing openly for the better part of a decade to an audience that is comparable to one that might gather around a mediocre street musician on a side road in Hollywood: most nod their approval or scrunch their face in disgust, then move on; while a few might genuinely appreciate it, at the end of the day there is barely enough change in the hat to buy a pack of cigarettes. 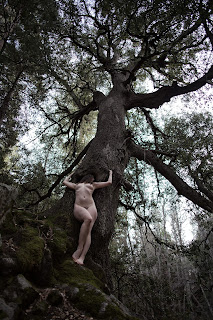 lAvaNyamaya came about earlier this year while I was flailing to let go of the old creative process (and girl), and start over with something new.  She (the last new girl) had asked me what "Beauty" was in sanskrit, apparently thinking I was far more intelligent than what she discovered I was later.  I did a little research and found 201 words for beauty or involving beauty, which were mostly loosely translated, and I am sure entirely relative to use and structure within the language itself, which I assume exists in other languages, but I don't really know because I DON'T SPEAK SANSKRIT.  I live in Southern California and have worked in kitchens for the last six years and I have zero grasp on Spanish.  I have always noted words that I would find in ancient and Zen literature and tried to remember them, but that rarely goes well.  With that, I also have a small library of phrases in my mind from other languages that I found in strange places, but they usually go misunderstood, like immer etwas (always something)[Bukowski] and che male fortuna (that bad luck)[Hemingway], or the ever elusive aufgeben (give up)[my dad].  The latter isn't even German, but "high" German, if that's even a thing.......Amish... it's fucking Amish.  The point in this language detour is that I've always been obsessed with more beautiful languages, but have never had the motivation to sit my ass down and learn them, or, god forbid, go to school and study them.  Regardless, even walking away from Bukowski and Hemingway novels, little language quirks are usually the things I remember. 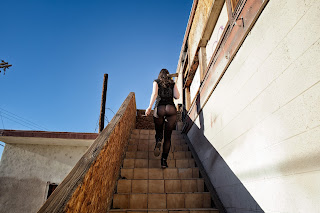 Amongst the clusterfuck of translations for beauty I found lAvaNyamaya, which translates to "consisting entirely of beauty"... maybe.  There is a very good chance that it is relative, again, to context, like it actually might be referring to having a nice shit or something; I don't really know.  So, gauging by what I wanted the word and translation to be, and what I wanted my life to be a year or so ago, I held on to it and created it as a place to transition to.  Life then proceeded to happen.  Promises dwindled into conditions.  Dreams slowly deflated into realities.  The magic turned to mundane.  Nothing different really happened than what happens in every relationship: it's just life.  One thing that has been severely missing from my life is writing about the day to day.  In trying to become more "professional," my posts became more like little, isolated and separated events, which were also complained about for not being candy coated enough. 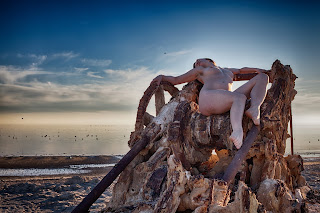 She complains that I don't talk enough about my emotions, like every woman (or emotionally verbose) ever, but this was my outlet; this was my place where I could really just vomit out everything I was feeling and going through, and if the girl (the last girl) cared enough to read it, maybe she would understand (insert blank face).  The obvious problem here is that it's not just me anymore, it's "us"..... mostly it's us.  So, I can no longer write as I, unless I basically throw her under the emotional bus, which is fine for my private journals, in my frustration, but isn't fair at all on a public platform, even if no one is reading it.  That feels strange to say, but that has been my conundrum for the past six or so months. 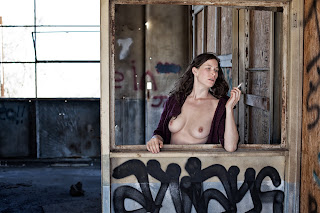 I've been tip-toeing around potential fights and trying not to piss anyone off, but wanting desperately to continue my own literary journey, and really write about the shit that is life, which makes life consist of beauty.  I need to find some sort of way to vent without making anyone involved sound like anything less than humans being, because that's what's going on.  I'm not being victimized by some silly little girl's negligence; I am no longer a victim to the system, while I remain a victim to a very few, sad, ignorant minds; I am living my life with someone; I am still shooting, and want to shoot, but am navigating judgement; even in doing things the "right" way, I am not doing things like that anymore; I am desperate to write, but fighting with my Zen understanding from 2015 that I am basically useless; I am usefully useless.  I'm sure there is a balance in there somewhere. 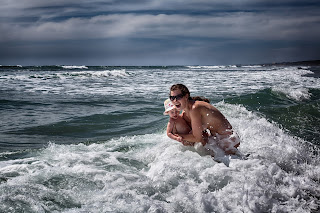 Lavanyamaya (I have no idea why the A and N are capitalized, because, that's right, I don't speak fucking sanskrit), consisting entirely of beauty, has become a beautiful little irony in my life.  Everything is beautiful, even if it means staying up all night explaining the same thing over and over to someone who doesn't seem to hear it, or dodging dishes because you may or may not have been "cold" when you got home.  It's all beautiful, and it's all absurdly hilarious.  It is life.  Life is ridiculous.

How's that for a random, odd collection of photopraphs?