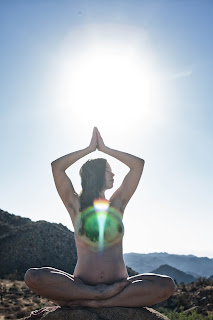 What will be our last day off together for a while, we headed out for one last jaunt through our backyard, Joshua Tree.  Well, there was little jaunting because neither of us took Labor Day weekend in to account, so after waiting in line to enter the park (via shortcut. Buahahahahahhahahahaha*cough*), we drove all of about half a mile in before we parked in a turn out and hiked in a little; very little, because I don't know if you've noticed, but she's about to drop some serious water-weight (not like she's got serious weight, but she's carrying a lot of fluids [see what I did there? nice backpedal!]).  Fortunately, as I have yet to really explore the west entrance, there were some nice structures, and all of the tourists were likely scouring the big spots like roaches. 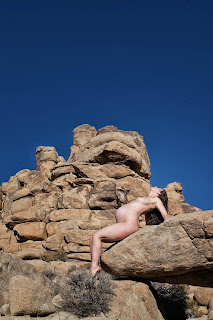 We were both exhausted!

I'm leaving it at that. 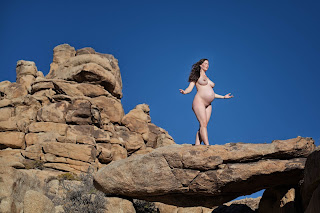 Anywhoo, it took us a while to get into shooting.  First she had to announce that she was pregnant (wait...what?) and simply could not do any climbing because her body would not allow her to.  Then, after walking past two moments where she wanted to turn back because there was too much walking, she proceeded to CLIMB EVERYTHING. 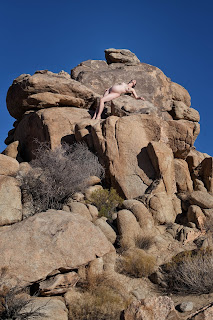 I just kept shooting and everything turned out beautifully, like it always does, mostly because I don't waste my rubbed together pennies on question mark models, and I happen to have permanent access to this beautiful creature.  That's another post.  This is the reality of us: our life; this life; this new life; consisting entirely of beauty...mostly.

My mind just flashed on all the consisting entirely of beauty fluids that I will bear witness to shortly.

Am I digressing again?

I've got three more photos to type words next to still, so they don't look all empty and shit, but my mind has already completely tangented (that's a word now) from what I set out to write about.

Always so much fun writing these (that, ladies and gentlemen, is sarcasm.  subtle, I know).  I wish I could just free flow and go, but I had some stuff I wanted to accomplish here. 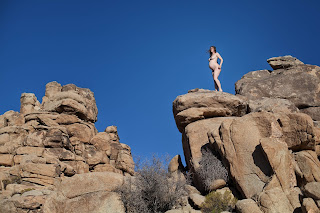 This is it.  Not only was this trip a last hurrah before we bring home a little, freaky, eat-and-shit alien looking baby, but I feel like this post is kind of a last word before the next stage of my life, better known as mid-life crisis, begins.  I've been thinking about what I wanted to say for three days.  We've been packing our "bug-out bags" and making checklists, and talking about a plan, et cetera, but my mind is just stuck on how many infinite souls were born without all of these preventative measures.  I kind of just want to have the baby in our bathtub, or at my beach, but we can't afford a midwife in case something goes horrifically wrong. 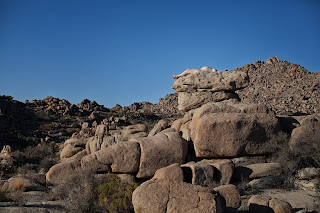 Then I start thinking about my own birth, and the likelihood of my not having survived it had I been born a hundred years earlier, or even fifty years earlier.  All of my life I've felt like I wasn't supposed to be here.  She's asking me about what clothes we should dress the baby in to bring her home from the birth center?  My only response is "wrap her in a damn blanket."  That turns into an argument about me not taking this seriously.  I am taking this very seriously, more than most ever have.  My mind is like a clusterfuck of emotional chaos, but I'm Amish cool, so I deal with all of it by sitting by myself and staring at the stars.  I just grab my camera and capture what's happening because that's all I'm good at. 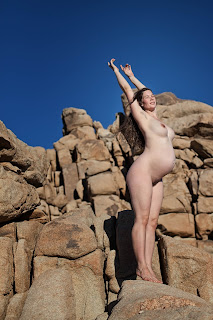 This soul, this beautiful soul, who deals with all of my passive bullshit, is going to labor out another potentially beautiful human soul into this plane of existence, which, as far as human development goes, could very well be happening right now, but I can't hear her screaming in pain because the crickets out here are set to eleven (Spinal Tap reference. Nice).  She has been Physiologically ready to go, and had a little false labor in the wee hours of the morning, but I also can't pretend like she doesn't cry wolf a lot.  She's a bit of a worrier.  Little bit.  I love her, so, this is happening... hopefully closer to her due date: talk like a pirate day.  Even more hopefully: two days later on the last day of summer, to go with my birth on the last day of spring, even though this is leap year, so being born on the last day of summer would actually make her a day earlier to the equinox than my distance to the solstice.  Who gives a shit?

Babes is back, on East Coast time, so the "I'm tired, but I have no idea I'm tired because I'm two, so I'll just flip my shit and search for distractions until mom and baba get frustrated and force me to go to sleep" started at like 6pm.  Awesome.

But hopefully not yet.