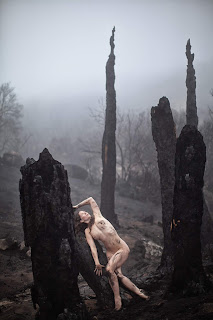 "There is a war between the sexes in this nation, between those who believe they are destined to be predators and those they deem prey. Resistance to gender domination has intensified that war. As feminist thinking and practice looses visibility, many females look to patriarchy for their salvation. More than ever before in our nation's history, females are encouraged to assume the patriarchal mask and bury their emotional selves as deeply as their male counterparts do. Females embrace this paradigm because they feel it is better to be a dominator than to be dominated. However, this is a perverse version of gender equality that offers women equal access to the house of the dead. In that house there will be no love."

Feminism as we know it failed because they were doing it wrong. I finally understand that, and there's nothing I can do about it. The Zen puzzle and the patriarchal conundrum cancel each other out. You can not destroy something by becoming it, but it is you, so neither it nor you exist, only what you want them to be.
Posted by sven ellirand at 11:03 AM